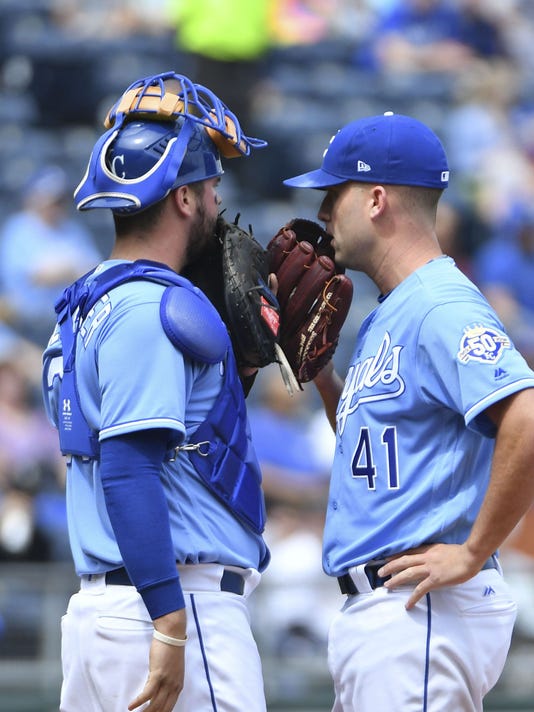 The biggest change the MLB has proposed is that a pitcher must face a minimum of three batters before he can be taken out of a game. This would eliminate the situational lefty role as well as stop any team from trying to do what the Brewers did with Wade Miley in the 2018 postseason and have the starting pitcher face only one batter.

This change would speed up the game as there would be fewer pitching changes, but it would stop most lefty relievers from getting to the major leagues as their job is to get lefties out. A guy like Andrew Miller could survive, but someone like Bobby Poyner would have no place on a major league roster. The MLB Players’ Union is unlikely to support a change that would result in players losing their jobs.

This would also affect other aspects of the bullpen. When a starting pitcher is taken out of the game, it is not always at the end of the inning. Sometimes a manager has to make a switch in the middle of the inning. The next reliever in the game may only need to face one better to get out of the inning. This would mean the reliever would have to start the next inning and either he pitches longer than the manager intends or there is another mid-inning pitching change. This would slow the game down further as there would need to be another two-minute break for the next pitcher to come into the game.

The MLB has also proposed to cut down the number of mound visits from six to four in 2019 and then to three in 2020. The limit on mound changes was instituted last year and did see success, but a limit of four and especially three might be too little. There are times when the pitcher and catcher need to switch up the signs or even discuss a plan of action with runners on base and four mound visits would not suffice. Some catchers did exploit the unlimited mound visit rule, so a limit of six did improve the pace of play, but that should be where the limit stays.

One good rule change that the MLB proposed was the roster expansion to 26 players at the start of the season and the reduction of the September rosters from 40 to 28. A 26-man roster would allow teams to carry an extra arm in their bullpen, which would hopefully keep pitchers healthy.

The September roster reduction is also a good idea because most teams that use the full 40-man roster are playoff teams. Teams competing for the playoffs add more arms to their bullpen, add a pinch-runner, and they add righty and lefty bats off the bench. This expansion is supposed to help teams out of playoff contention and give playing time to their young prospects. The opposite has happened as teams in last place typically only carry 28-29 players, while playoff teams have 35-36 active players. These teams pick up a few extra wins than they would have, which affects the playoff standings.

A fix to this rule change would be to still have a 40-man roster, but teams can only have activated 28 players for every game. This allows managers to switch out who they have available on a daily basis.

Hopefully, this would not be exploited with managers deactivating the previous starting pitcher for the day in exchange for a fresh bullpen arm, but like any new change, there would need to be tweaking to perfect the rule.

The MLB Players’ Association responded with their own changes, which included a DH for the AL and NL. The Al currently uses a DH and the pitchers’ bat in the NL. This change would be great for the game as most pitchers are an automatic out when they come to the plate.

It is exciting when a pitcher hits well like Bartolo Colon hitting his first-ever home run a couple of years back or Brewers pitcher Brandon Woodruff hitting a home run off of Clayton Kershaw in the playoffs last year but these are anomalies. For every one at-bat where a pitcher hits a home run, there are a hundred at-bats where a pitcher goes up to the plate and keeps his bat on his shoulder as he watches three strikes go by. Most at-bats are uncompetitive and if the MLB wants more balls in play, they will add a universal DH.

This change as well as the three-batter minimum for pitchers would not be implemented until the 2020 season as most teams have a fully constructed roster. NL teams have not signed a guy that will solely DH and some teams do not have a replacement for a situational lefty. The universal DH is likely to be implemented, but it will not become reality until at least next year. Some of these rule changes seem inevitable but they will need cooperation from both sides to agree on parameters.

The oldest football clubs in England