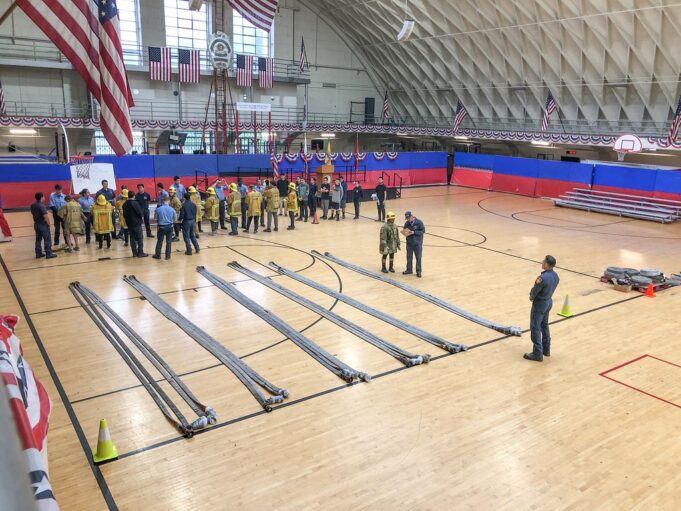 California All-State Youth Game director Derek Burrell has announced that this year’s youth game will be held the same weekend as the Cal State High School game. “This is a move in a positive direction for the Cal State Game, Burrell stated, “There are too many conflicts with other events during Thanksgiving weekend, and this will allow every youth football player the opportunity to play in the game”.  The 2012 Cal State Games will be held the 3rd week in December and will be filled with a host of festivities and events for selected players and parents.  “We will have roughly 600 of California’s top football players involved in this year’s event,” High School director Curtis Allen said, “This will be California’s premier High School and Youth Football event for 2012.”

The IE Ducks are all Business

California All-State Youth Director Derek Burrell stopped by the IE Ducks football Camp this weekend to see why everyone is excited about the Ducks program.  During this event, Burrell located 5th grade QB Carter Freedland and 7th grade WR Tyjon Lindsey who he felt were worthy of an invite to the top All-Star Game the State has to offer. “ The IE Ducks have a great program and I was very impressed with the structure of their Camp” Burrell Said, “ I was very impressed with president Scott Freedland and his passion for the kids,” “ The program had first-class coaches and their uniforms were the best that I have ever seen.” The California All-State Tour will continue next weekend April 29th at Cathedral Catholic High School in San Diego.  You can register for California All State Camps at calstategame.com.

This is Old News

Why 7 meters? Even the biggest fans of this game don’t know this!